Fruta Feia Cooperative is the coordinator of FLAW4LIFE. It is a non-profit consumer’s cooperative, established to reduce food waste due to its appearance, channeling directly from the region’s farmers to consumers that part of the production of fruits and vegetables currently rejected for mere aesthetic reasons – shape, size or colour. The Co-Op started on November 18. 2013, with 1 delivery point in Lisbon, 100 associated consumers and 10 partner-farmers.

Regarding FLAW4LIFE, Fruta Feia CRL is responsible for replicating its consumption model, by launching new delivery points throughout the national territory. It is also responsible for disseminating the project’s message both national and internationally, namely through networking and cooperation actions not only with LIFE projects but also with other European projects that fight food waste.

The industrial management group within the Center of Manufacturing and Industrial Management in the Mechanical Engineering Department of Instituto Superior Técnico (University of Lisbon) is one associated beneficiary of FLAW4LIFE. This group is part of LAETA, a laboratory of excellence that harbours groups interested in a wide variety of research fields from different Portuguese universities. Furthermore, this group has extensive experience in European projects, in particular in assessing environmental impacts of several products and technologies developed in these projects.

Considering its area of expertise, the industrial management group is responsible for monitoring environmental and socio-economic impacts of Fruta Feia’s pilot project and its replication throughout the national territory, Moreover it will study the optimization of products transportation from the farms to the delivery points. 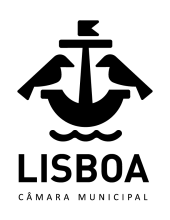 Lisbon City Council (CML) is legally the local authority of the government of the capital city of Portugal, Lisbon. CML manages a territory of 8.462 Ha, with 550.000 inhabitants (2011), that attracts daily another 360.000 persons that come to work or study in the city. This means that, along the day, Lisbon has more than 900.000 people, almost.

In 2008, CML launched the "Cidade Educadora" Strategy (Lisbon an Educating City), a project of personal and collective development, for integration of civic life, in responsibility of local authorities and of all individual and collective, public and private entities.

As an associated beneficiary of FLAW4LIFE project and considering the strategy drawn in 2008, CML is in charge of promoting activities that involve school community, students and teachers and promoting at the time a sustainable consumption by increasing the number of healthy meals at school canteens. The role of ugly fruit and vegetables will be enhanced on the school meals in order to create awareness regarding the problem of food waste due to appearance.